Karen R., a 70-year-old Medicare beneficiary living in a mid-size town in Indiana, contacted me recently
about her Part D drug coverage. She and her husband both have traditional Medicare, a Medigap policy,
and what’s called a stand-alone plan for their drugs. For a long time, her stand-alone plan offered through
Humana worked well for them. Her out-of-pocket cost for most drugs was only $8. 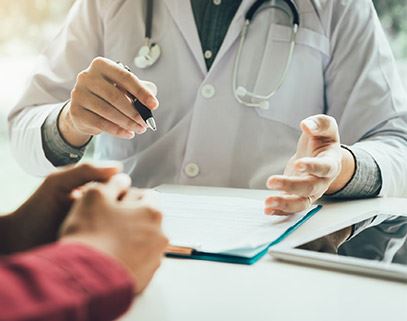 This summer, Karen, who takes 11 drugs for a variety of illnesses, including atrial fibrillation and kidney
disease, was diagnosed with a new ailment — psoriasis. Not only did the diagnosis catch her off guard but
so did the high price tag for Otezla, one of the newer drugs for treating this ailment. It was the only
psoriasis drug that worked well with other medications she was taking.

Karen and other seniors are discovering that some of these new drugs come with hefty price tags.

Otezla is one of those expensive specialty drugs, which treat complex, chronic conditions. A drug qualifies
for an insurer’s specialty tier if it costs more than $670 for one month’s supply; the insurer usually requires
consumers to pay about one-third of the cost out of pocket. These sums have pushed more and more
seniors over Medicare’s catastrophic drug coverage threshold, this year $5,000. Once over the threshold,
their costs are high.

More than one million beneficiaries with drug benefits had spending above the threshold in 2015, more than twice the number in 2007.

Few seniors shop and compare Part D plans even though this year the average Medicare beneficiary has a
choice of 27 standalone Part D plans that are purchased by people who choose to stay in traditional
Medicare and a choice of 24 Medicare Advantage plans that have the drug benefit included.

“The truth is they are not switching plans,” Neuman told me even though, she says, beneficiaries can save
hundreds or even thousands of dollars over the year by choosing a different plan. Although the
government’s medicare.gov drug plan finder website provides a way to compare drug plans for your area,
many people remain skeptical they can get a better deal and may lack computer skills to find the best
choice.

Then, too, one-third of beneficiaries have a cognitive impairment that further complicates their task.

Here are a few suggestions for finding cheaper drugs.

Specialty drugs have their own tier, usually with 33 percent coinsurance for non-preferred drugs.
Generic drugs might not be cheaper. A generic in the non-preferred tier might be more expensive than a
brand drug listed on a plan’s preferred tier.

Find out if the plan requires what is often referred to as “step therapy,” which means you must try lower-priced
drugs first to see if they work. Is preauthorization for services required? A study by the Kaiser
Family Foundation just released found 80 percent of beneficiaries were in plans that required
preauthorization for any service including Part B drugs administered in a doctor’s office. Many consumers
find preauthorization a real hassle.

Have a conversation with your doctor about cheaper alternatives. Maybe there is one in a plan’s preferred
category. Physicians are often not knowledgeable about the ins and outs of drug plans and may not have a
patient’s financial wherewithal in mind when they write the prescription.

These are not easy conversations to have, but it might be one way around the high prices for the drugs you
take.

I asked Karen what she was planning to do for next year. She told me she would ask her doctor again to
request that Humana grant an exception to the $3,000 price of Otezla on its specialty tier. That exception
brought the price down to the $1,900 she has been paying. She also asked for what’s called a “tier
reduction,” which would have brought the price down even more. The insurer refused.

She says she and her husband are also exploring the possibility of getting back on his former employer’s
retiree plan. If not, they’ll be like millions of other seniors — exploring any and all options to lower their
pharmaceutical bills.