Identifying Some of the Urban Legends Surrounding Brain Injuries 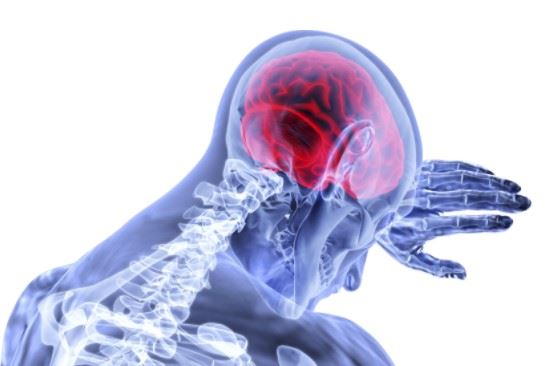 Given the complex nature of the human brain, it is not surprising that there is no one symptom that conclusively indicates that a person has suffered a brain injury.  However, when combined with a full picture of the person before a concussive event has occurred, those who interact with a person are more likely to be able to spot these injured brains.  Hopefully reading this article will help you to ask the questions of not only the injured person, but also their family and friends, and even coworkers.

It would be much easier for all involved, and certainly much better for the injured if the medical community was focused on always looking for injuries to the brain.  But given the way in which trauma centers and emergency rooms are structured, namely, to triage patients and send home those who do not appear to be suffering from any life-threatening injuries as quickly and efficiently as possible, brain-injured people can fall through the cracks in so far as a diagnosis is concerned.  You can help them get the care they need by knowing what questions to ask and what to keep looking for as the recovery process begins.

Here are some prevailing myths and how to overcome them.

Urban Legend #1: No loss of consciousness was noted on the records so the injured person could not have a brain injury.

Shockingly, the medical field relies on the person who has been through a traumatic injury to know whether she/he lost consciousness.  However, unless the injured person has an onlooker who saw them lose consciousness, this form of reporting has no value.  In a person who lost only a slim time of consciousness, how will they know that they did if they were not conscious when it happened?  It seems obvious, yet ask any medical professional and this is the process that they are taught to follow.

Urban Legend #2: The injured person’s head did not hit anything so they could not have a brain injury.

Although a few decades ago many believed that one could only get a concussion, and therefore a brain injury if the head struck a hard surface, this myth was disproven.  Once lay people understood that brains float in a viscous substance that does not prevent them from impacting the skull, it became known that a person simply had to experience a sudden change in the speed or direction of the movement of the head to likely have a brain injury.

Urban Legend #3: The injured person does not suffer from headaches anymore so even if there was a brain injury it must have healed.

Although many people with brain injuries suffer from headaches, not all do.  Even those who have headaches from an injury and have them resolve can suffer from a brain injury for months, years, and sometimes a lifetime.  Although the presence of headaches after an injury is highly indicative of a head injury, headaches are simply one symptom. The damage to the brain does not heal merely because the head stops sending pain signals.

Urban Legend #4: A CT scan of the injured person’s brain was negative so no brain injury occurred.

The purpose of the CT Scan is to detect the presence of brain bleeds, current bleeds if done at or near the time of the injury, or past bleeds if done later in treatment.  Because a majority of brain injuries (which are the same as “traumatic brain injuries” or TBIs) do not involve bleeding on the brain, this test will appear normal.  Currently, the best methods for documenting abnormalities in the brain due to an injury are 1) a functional MRI (fMRI), and 2) Diffuse Tensor Imaging (DTI).  The problem is that since health insurance companies will not pay for this testing, few doctors are fluent in technology and few machines exist to have it done.

How Do You Know If You Have a Brain Injury?

How does one help injured persons and their families to identify the signs and symptoms that may be indicating that someone has suffered a traumatic brain injury?  The best way is to start by asking both the injured person and that person’s family and friends about the presence of or changes in any of the following:

Although some of these lines of inquiry may seem repetitive, it is surprising how different questions and discussions may cause a particular person to recall a specific incident.

Why Is It Important to Diagnose a Brain Injury Early On?

It is important to ask these questions from the outset of all of any and all individuals with whom an injured person interacts because the greatest chance of recovery occurs based upon the amount of therapy received in the first 5 months post-injury.

Furthermore, the sooner the therapy begins, the more reduced the likelihood that the brain-injured person will develop the complications that are clinically known to result.  As has been shown in statistically significant results, TBI begins a chronic disease process that affects the person’s morbidity and can result in the risk of epilepsy, sleep disorders, sleep apnea, Alzheimer’s disease, chronic traumatic encephalopathy (CTE), Parkinson’s disease, neuroendocrine disorders, and psychiatric disease.

If you or a loved one have suffered a traumatic brain injury in an accident caused by someone else's negligence, contact the personal injury lawyers at Murray & Murray immediately to discuss your accident. We can help you determine what compensation you may be eligible to receive.