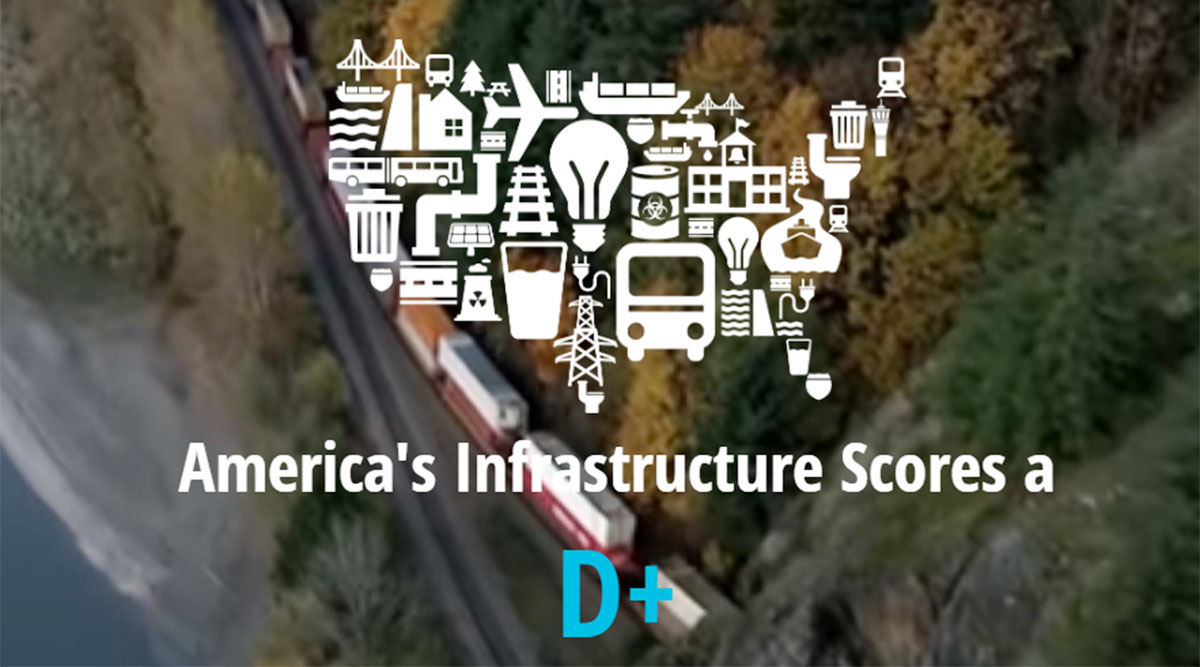 Kentucky, Vermont, and Northeast Ohio received infrastructure report cards from the American Society of Civil Engineers, showing grades that were at or below average.

For their overall grades, Vermont received a C and Kentucky a C- while Northeast Ohio garnered an inaugural score of D+ from the group.

ASCE routinely publishes infrastructure report cards for individual states, regions, and the entire country. ASCE members in a region determine grading categories and tabulate scores for everything from aviation to wastewater. 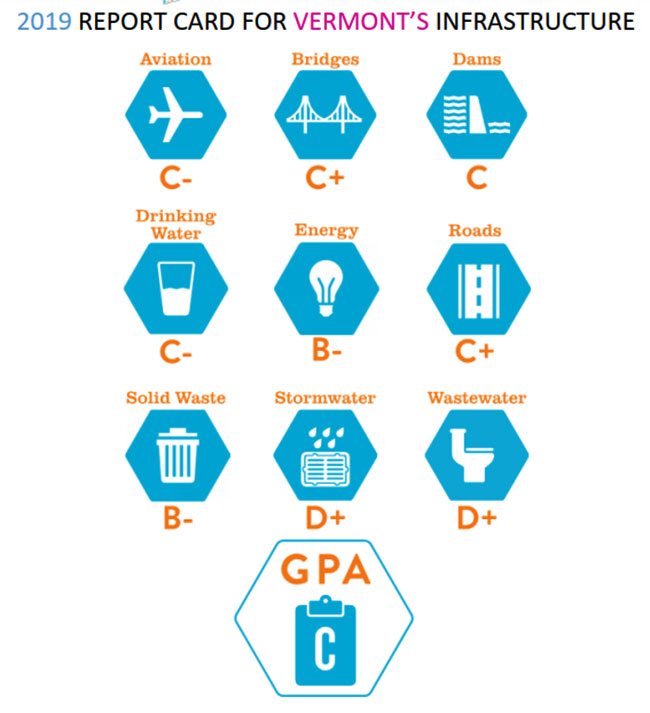 Vermont on Feb. 13 was graded a C for aviation, bridges, dams, drinking water, energy, roads, solid waste, stormwater, and wastewater. That’s the same overall grade received on its previous report card, which was issued in 2014 but did not include aviation, energy and stormwater.

Its roads earned a C+. According to the report, while the road system experiences little congestion, severe winter storms can impede highway operations and maintenance work. Vermont Infrastructure Report Card Committee Chairwoman Jessica Louisos said freeze-thaw cycles affect roads and bridges, especially at the beginning and end of winter. Freeze-thaw cycles occur when rain or melted snow seeps into cracks in the road and freezes, pushing the pavement apart.

Beyond that, Louisos said the freeze-thaw cycles, which generally happen in November or December and March, can shorten the construction season because many different pavement mixtures cannot be applied in cold weather.

“Our roads do get a beating in the wintertime,” Louisos said. “It’s really hard to address those particular issues during the winter.” 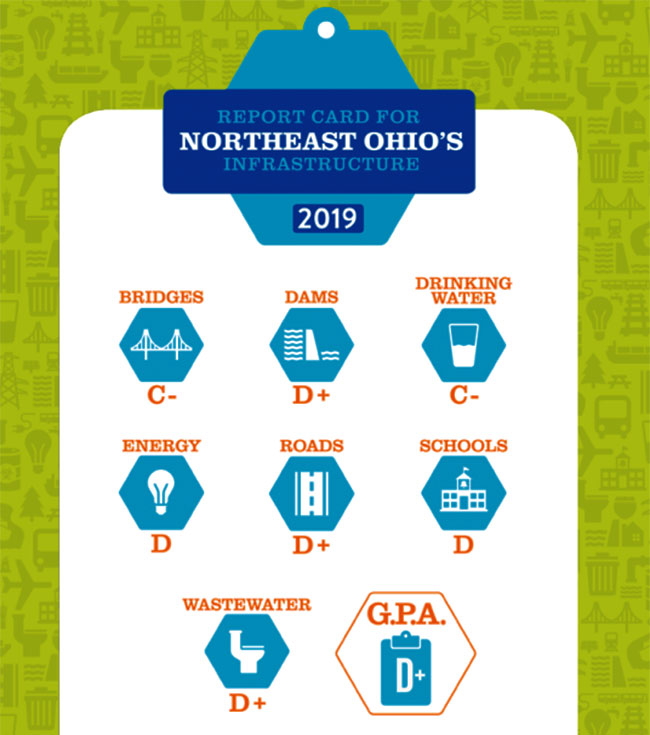 Northeast Ohio is challenged by cold weather too, according to representatives of ASCE’s Cleveland Section who helped create the report card, released Feb. 20. Northeast Ohio’s D+ stemmed from an assessment of bridges, dams, drinking water, energy, roads, schools, and wastewater.

The region’s proximity to Lake Erie means that it is the frequent target of lake-effect snow. Certain areas can receive 100 inches of snow annually and experience hazardous driving conditions.

“Lake Erie is basically a big snow-making machine,” said Edward Adamczyk, co-chair of the Northeast Ohio Infrastructure Report Card Committee. “It’s our greatest asset, but it also gives us quite a bit of a challenge. It really affects our weather greatly.”

Adamczyk said that several traffic safety improvements have been made in the Cleveland area recently, including bridge rehabilitation and ramp spacing projects. A major project involved the use of variable speed limits along a 60-mile stretch of Interstate 90 east of Cleveland, which is often struck by heavy snow. 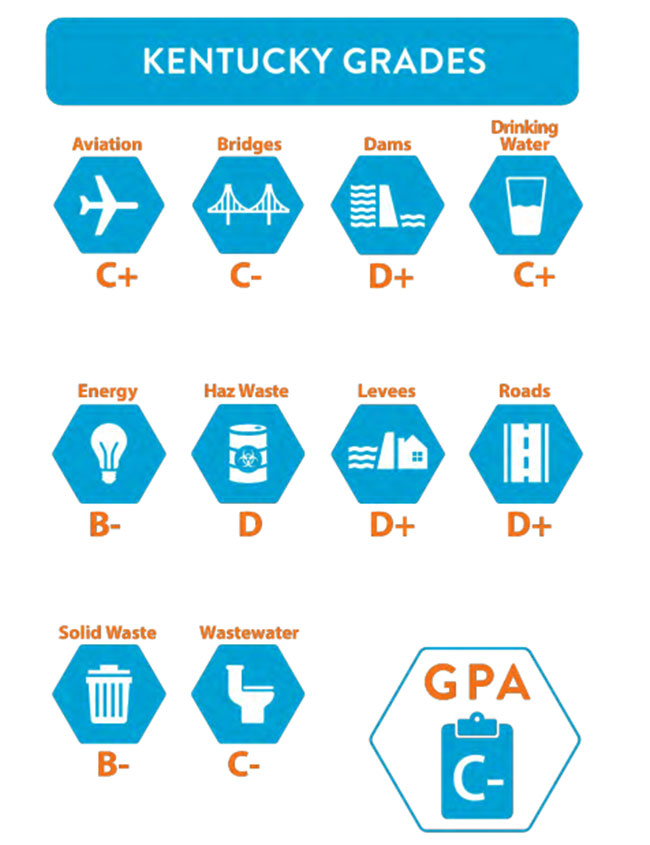 Tom Rockaway, co-chair of the Kentucky Infrastructure Report Card Committee, said that maintenance activities grow more challenging as the road system gets older. He said that some roads on the state’s network were built as early as the 1950s.

According to ASCE’s report, the Kentucky Transportation Cabinet has identified $6 billion in unfunded construction projects and would need an additional $490 million each year to pay for them.

“We spend a lot of time trying to keep up with what needs to be fixed and not a lot of time planning for the future,” Rockaway said. “[Our roads] just require continued upkeep and they’re seeing increasing traffic loads, which makes the maintenance obligations more and more challenging to actually get in there and do it.”